What is the link between Rosehill Lodges, Haircut 100 and the Royal Albert Hall?

For those of you that don’t know…Graham, who works here at Rosehill Lodges HQ is the guitarist in ‘Haircut 100’. Many of you will have spoken to Graham or had correspondence with him while making your self-catering holiday booking!

Haircut 100 and The Royal Albert Hall

Graham recently travelled up to London to attend National Album Week at the Royal Albert Hall where Classic Album Sundays founder Colleen ‘Cosmo’ Murphy was joined by Haircut 100 founding member Nick Heyward, in a question and answer session and to celebrate the 40th anniversary of their debut album Pelican West, as part of the National Album Day 2022 celebrations.

The Pelican West 40th anniversary edition is set for release in March 2023 as a CD box set and vinyl box set which will feature a half speed master on 180g black vinyl.

Graham has worked at Rosehill since its creation back in 2008. He helped plant the site with various trees and shrubs to help screen the lodges and provide a colourful and natural environment for the enjoyment of guests and continued benefit of the wildlife. He is also an assistant manager and helps arrange bookings and liaises with guests before and during check in days.

If you wish to book a lodge, Graham (along with John, Pauline, Somoe and Nikki) will help you through the process. Our online link is below to help you choose your dates.

So, there is your answer and the link between Rosehill Lodges, Haircut 100 and the Royal Albert Hall 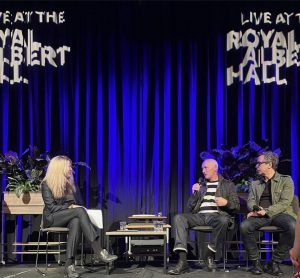